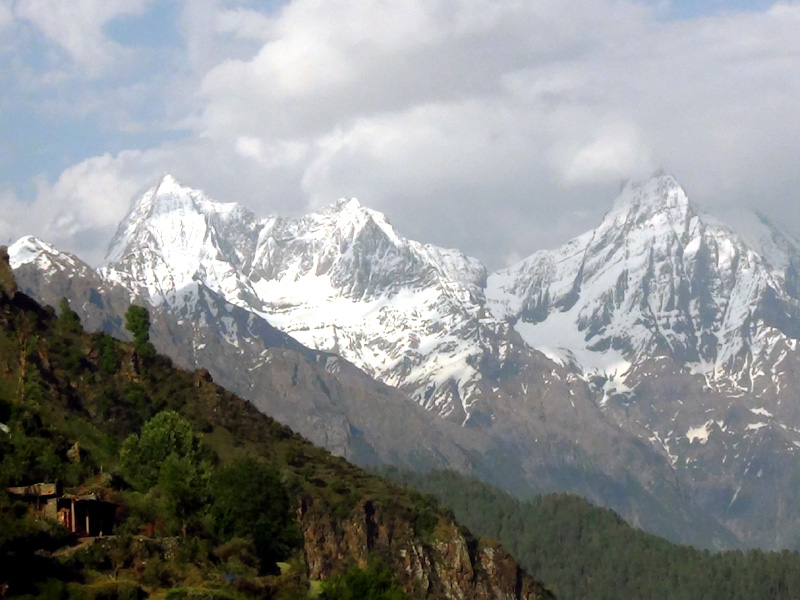 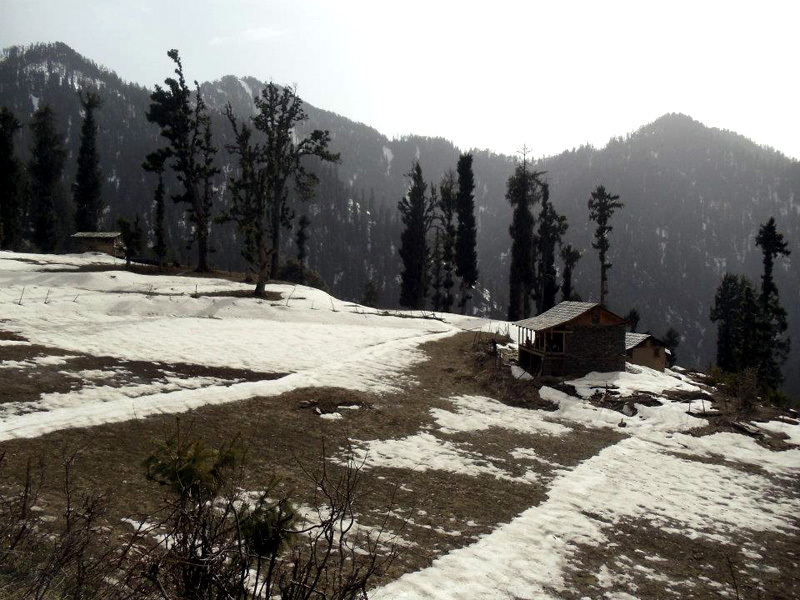 Bharmaur or Bharmour or the name Brahampura was the the capital of ancient kingdom of Chamba.65 kms from Chamba is the land of snowy & abode of God Shiva & Gaddi tribal ,earlier Bharmaur known as Brahmpur in the 6th century, was the Capital of Chamba state for about four hundred years , till it was shifted to Chamba by Sahil Varman. Bharmour holds one of very old architectures left in India, basically the temples. These temples comprises the Chaurasi Temple Complex . Jalsu Pass lies between Chamba and Kangra Valley , its one of the most lowest passes throug out the region while crossing for and to both valleys.

In the complex the tallest temple is of Manimahesh which is having a Shiva ling. The other temples are of Dharamraj Ganesha & Nar Singh. There is a stautue of Nandi melted in bronze which stands facing the Manimahesh temple. These idols are believed to be the work of master craftsman Gugga. There is a small water source called Ardh Ganda in a corner of the complex, bathing here is considered religiously significant. The place around Bharmour is regarded as belonging to Shiva and is that is why called Shiv-Bhumi. Cause of home of nomadic shepherds Gaddies it is also called as Gadheran.

According to a localities, the town Bharmour was established in very ancient time and as per common belief this is the garden (Baag) of Mata Bharmaani , the temple of Goddess is situated uphill few kilometers from Main Bharmour bus stand .

Holding the charismatic beauty & the pleasing scenery the place is well suited for nature lovers, the best period to visit Bharmour is between April and October. Acclimatize and hike to Bharmani Mata Temple , about 2 hrs trek to the south ridge of the town and return back to the hotel for over night.

Travel from Bharmour to Khada mukh and then after crossing the Ravi river reach Holi Sub division of Chamba District , have lunch and move ahead to Laka Mata Temple , trek starts from here to Channi village camp.

Yara Goth is basically a halting location of Gaddi shepherds where you can find some of hidden caves where they used to stay during bad weathers. We will move to our base camp for Jalsu pass at Jalsu Paddar

From our last days night camp we will move to reach the summit of the Jalsu Pass 3620 mtrs before 2 PM and descend down to the night camp at Jiyapaal.

Today we will keep descending down to hit the motor able road reaching Uttrala ,then travel to Dharamshala for over night in hotel.

Today's excursion includes, visit to H.H. Dalai Lama Temple, Bhagsu Temple Waterfall and Naddi Village, in the evening board on the bus to source city.

How long is this trip?

Thisis seven days six nights trek, and said to be one of the lowest treks in between Chamba and Kangra Districtc in Himachal Pradesh.

3620m above sea level is the hight of the Jalsu Pass.

Can childrens can go on this trek ?

Yes child's above age of 12 can have this enjoyable trek.

What is the trek grade?

Its Easy/Moderate trek , and can be done by anyone without much experience.

What are the essentials need to brought with?

Literally you don't need to carry any trekking gears and our staff will carry all the essentials, however you can take the personal items with you if you like. “ Waterproof clothing: “Warmers “ jackets, windcheater and other similar " Proper shoes " Water bottles " Clothes according to the season " Caps or hats, towels and handkerchiefs " An extra pair of socks, shoe laces and undergarments " Torchlight with extra cells and bulbs " Matchbox or lighter, insect repellents, plastic bags and toiletry items " Multipurpose knife or other similar accessories " Handy cams or cameras